Erica Hauser is a painter based in Newburgh, New York and holds a BFA in illustration (2002) from School of Visual Arts in New York City. Previously she studied at the Art Students League and Cornell University.

Her paintings have been shown nationally, though most regularly in the NY area. In 2013 she co-founded Catalyst Gallery in Beacon, where she works with artists to install regular exhibitions, curates biannual group shows and hosts cultural events.

She has received several supporting grants, including a 2011 NYFA grant, and has attended artist residencies in New Mexico, Vermont, and upstate New York. In 2017 she was selected to participate in The Other Art Fair Brooklyn, with her work featured on Saatchi Art, followed by The Other Art Fair Bristol UK in July 2018.

Erica's longtime seasonal job as a firewood stacker has recently made its way into her paintings, as she stacks and arranges shapes guided by an intuitive feeling for the materials- here it is paint instead of wood pieces. She is influenced by mid-century design and colors; she mixes hues that are earthy, subdued and vibrant all at once, as in the juicy punch of neon or the dull glow of antique metal. She references nature, slow fashion, ceramics, and typography, in thinking about how forms, patterns and textures coexist with each other. 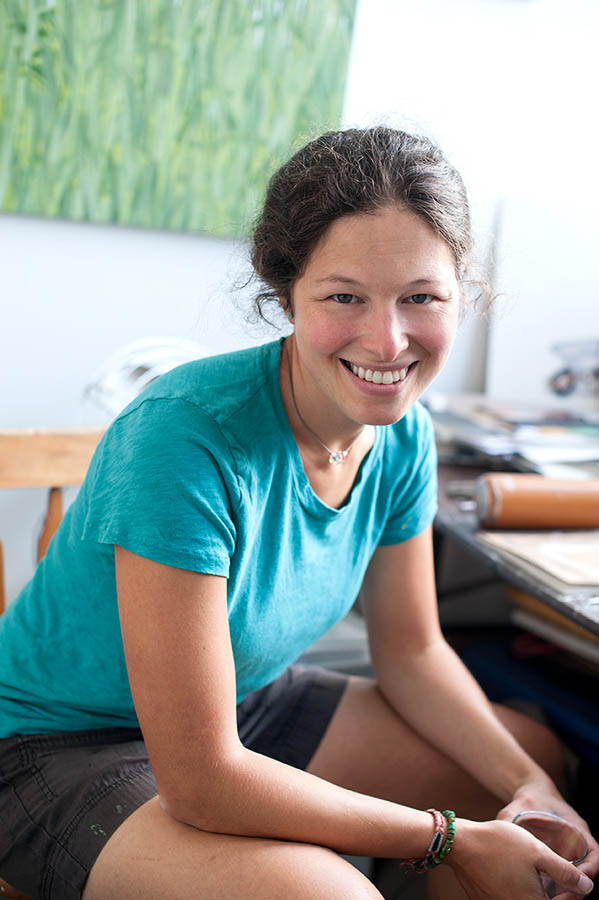 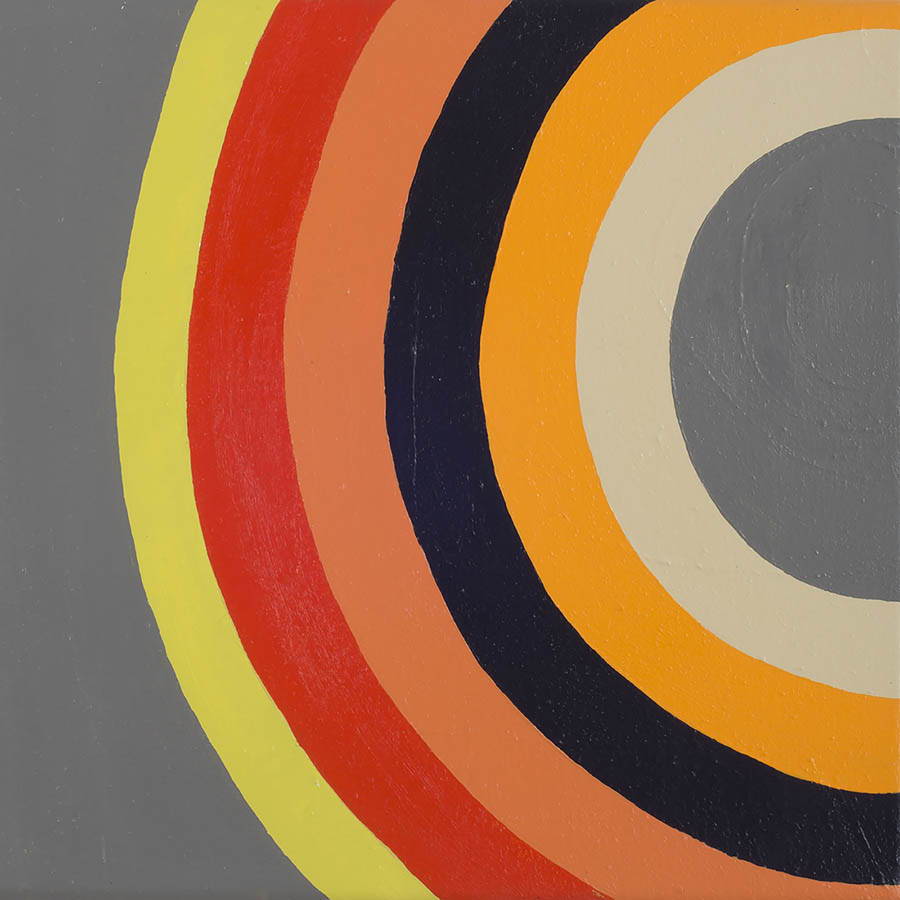 She is immersed in this new visual conception of objects, places and even experiences as colors and structures, such as the way word-images like ‘party’, ‘turmeric’, and ‘fieldstone’ can be broken down and built back up into abstract piles. Many are painted flat and appear so, others are flat but seem to advance vibrantly or recede on the surface.

Her concept of time and nostalgia is starting to shift as she focuses less on era-specific objects and more on these resonant color/shape impressions, exploring where the pleasure of making these pieces and her inevitable wistfulness intersect.